I finished putting edit links to the next of post titles. 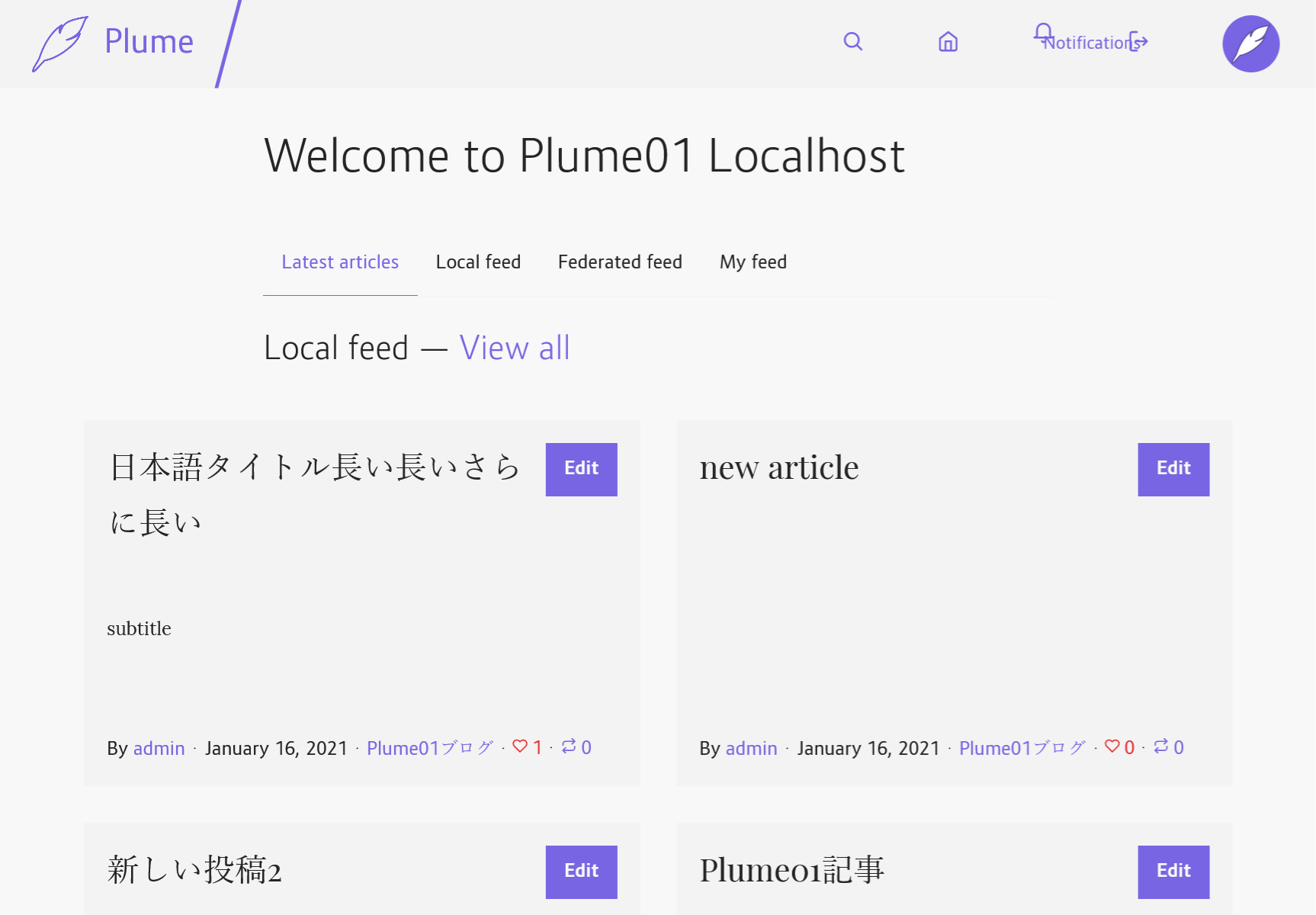 I think this reduces authors’ frustration that they have to click many times to edit posts. But I’m not sure its design is good. If there’s better place for the links, tell me or send a pull request!

You can try it using latest Docker image, building repo’s main branch or on my instance.

After the previous post, @iamdoubz reported an issue on menu (thanks!) and @marek-lach is working on it. It became clear that we need testing environement for the issue.

@pwFoo finally succeeded to build Docker image including Plume’s musl builds! That’s great though they’re pointing there are some more works are needed.

During developing more edit links, I added tests for a request handler. This is the first tests for handlers. As I learned to how to do it, I became able to test Plume’s behaviors.

On the other hand, I feel necessity of structuring test fixtures. Advices (or pull requests ;) ) are appreciated.

I added logging settings to .env.sample to suppress logs from external libraries. Logs are important. I can investigate some feredation issues with logs.

@Ana filed an issue that Mastodon will verify requests from other instances more strictly in the near future and Plume requires some modification. I’m working on it. Implementation is briefly finished but I’m struggling to run a Mastodon instance on my machine to check it. At first, I ran Mastodon by Docker Compose but after some DNS problems I decided to run it on host machine.

There was a question about backing up and restoring Plume’s data in Matrix room. Daniel answered with a great guide. 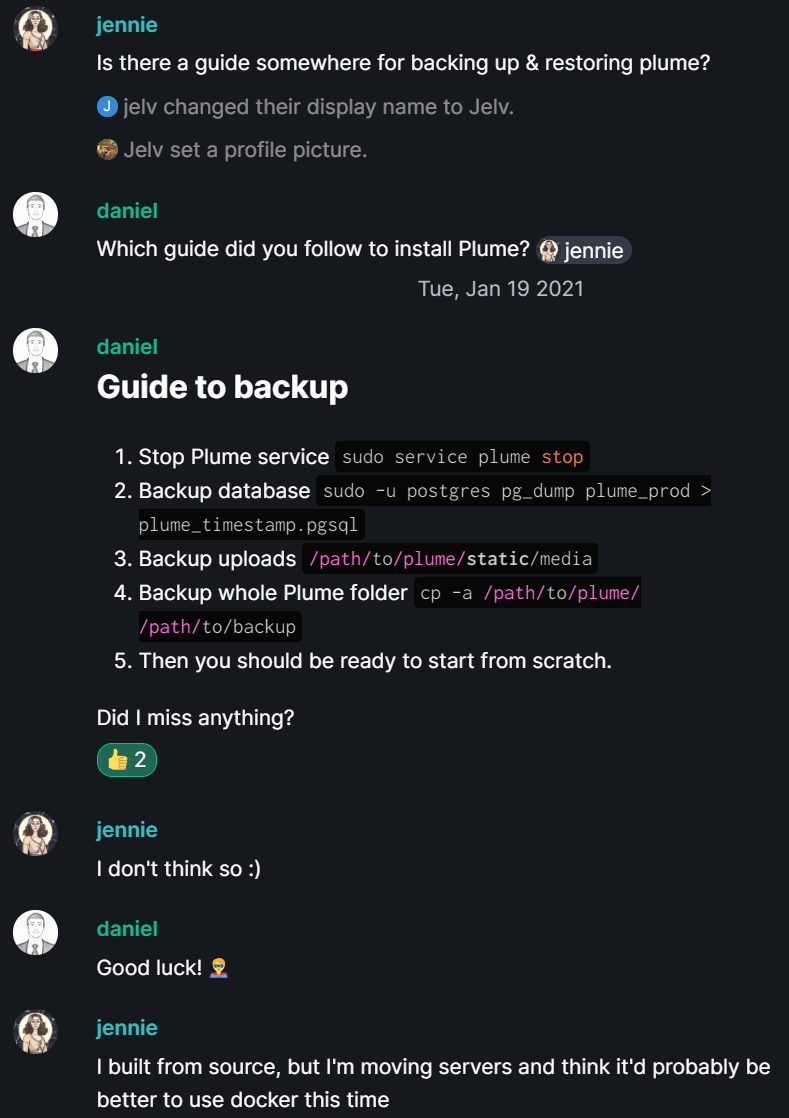 Some people reported feature requests and issues. They’re appreciated. Thank you very much!

This article is under the CC-0 license.

No comments yet. Be the first to react!